In the years 2016–2018, Aboagora built a thematic trilogy under the title The Threads of Fate. The theme was based on Old Norse mythology and characters called Norns, who rule the destinies of both gods and humans. The trilogy, focusing in turn on Fate, Becoming, and Burden, proved to be a fruitful way to enhance long-term planning, and the performers as well as the audience found it inspiring and exciting. Thus, to further solidify the Aboagora concept and to deepen the project’s critical investigations into intersections of arts and sciences, Aboagora is launching a new five-year thematic plan for 2019–2023 under the title The Five Rings.

The title refers to the book The Book of Five Rings, written in 1645, by Miyamoto Musashi (宮本 武蔵, c. 1584–June 13, 1645). He was a Japanese swordsman, philosopher, writer and rōnin – a samurai without a master. Musashi became renowned through stories of his masterful double-bladed swordsmanship and undefeated record in his 61 duels. Many consider him the greatest swordsman that ever lived. Near the end of his life, Musashi retreated to live as a hermit in a cave, to meditate and write a manual of kenjutsu, Japanese swordmanship, and martial arts. This practical book extends towards a philosophy of life, aiming at simplicity and no-nonsense. Throughout the years, it has also been read by people rethinking ways to lead or do business. The Book of Five Rings (五輪書, Go Rin no Sho) is divided into five books, each examining a different element of battle, just as there are different physical elements in life in Eastern religions. The following five Aboagora symposia will delve into these elements:

The Earth – planet Tellus, on which we live – is a fundamental aspect of human life, spanning the past as well as our present situation, and our hopes for the future. For the Ancient Greeks, Gaia represented a personification of the Earth, the caring Mother who ended the primordial Chaos and manifested herself as the perpetual home of all mortals. Similar depictions of the Earth as a caring parent are found in numerous mythologies from all over the world. In modern physics the lure of Gaia goes under the name of gravity. Our relationship to the element of earth has renewed its relevance and urgency today as the traces of past utilitarian and industrial centuries, combined with human greed, indifference and exploitation, have driven Gaia to despair and to the brink of collapse.

In 2019, Aboagora will deal with the element of earth through multi-disciplinary discussions with e.g. archaeologists and geologists but also engaging fields such as eco-theology, environmental history, literature, geography and political sciences to illuminate the fundamental groundedness of humanity in soil and dust – as a metaphor within the arts, as a concrete evolutionary process, and as a moral demand of care and indebtedness. 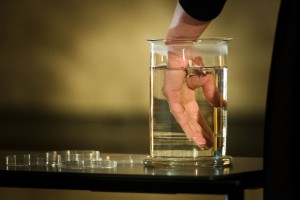 Water is the beginning of life according to numerous mythological and religious cosmologies. God “made from water every living thing,” as this nomadic conception is formulated in the Qur’an. This is a point where scientific theories of evolution and religious narratives agree: water is the primordial element. Up to 60 % of the adult human body is water, which makes it a vital aspect of medical and physiological research. However, water is rapidly becoming one of the most contested natural resources of our time. Will the basic human need for water cause wars and conflicts in the future, or will it serve as a uniting element that opens our eyes to our common humanity and the need to work together across borders of states, creeds, and ideologies to secure clean water supplies for all in the future? Will water, in the end, prove to be thicker than blood?

In 2020, Aboagora will cooperate closely with the multidisciplinary Strategic Research Area Havet/Meri (The Sea), which is carried out as a collaborative effort between the University of Turku and Åbo Akademi University. This opens up aspects to water relating not only to ecology and maritime biology, but also to the sea as a lived environment and a site of governance, commerce, international relations, philosophy and ethics.

Fire, if uncontrolled, can rapidly cause massive destruction and devastation. On the other hand, even disastrous wildfires can leave behind better conditions for new life and, when carefully harnessed, fire provides warmth, power, and a useful instrument for numerous purposes. The control of fire radically changed the course of human evolution hundreds of thousands of years ago, but to this day we have not been able to master it completely. Fire has a dual nature in a figurative sense as well. In terms of personality traits and emotions, it can be equated with inspiration, zeal, and fervor, but also rage and fanaticism.

Aboagora 2021 will explore fire as both a literal and a metaphorical element. The symposium will bring together viewpoints from psychology, political science, cultural studies, natural sciences, and the arts to tackle questions related to, for example, warfare and firearms, political turmoil and activism, as well as passion and obsession – at times indistinguishable from one another.

Air is the fundamental element for life and breathing, but it is also a source of pleasure and joy. It has been a playground for artists experimenting with lightness and transparency from acrobatics to visual arts. With climate change, air and temperature have become key questions of survival. Pure air has become almost a luxury commodity as pollution and urbanization have led to a situation where urban air is increasingly manufactured, and clean air is not available for everyone. Airspace can also be controlled by drones and surveillance technology. Yet air is not a stable element: it is constantly changing and flowing, and thus it also carries the possibility for change.

Aboagora 2022 will approach air as a basic element of life and ecology, but also address the complex ties between nature, technology, and human experience. The symposium will also examine the ways in which we as individuals and as societies balance between a love of lightness and a desire for power. The event will bring together the ecological and geographical scale, the experiential and lived world, and arts. 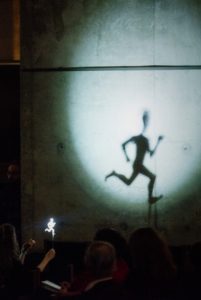 Void can be understood as nothingness – the total lack of perceivable elements. Void is complete otherness, incomprehensible and almost unreacheable; it can be perceived by its effects rather than by experiencing it firsthand. This exhaustive otherness has engaged the human mind throughout history. Void is the end-point of the human cycle of rebirths ordered by the laws of Karma, and it is granted only to the few enlightened ones who reach Moksha – liberation from existence as we know it and complete immersion into nothingness. Void has been called the impetus of regeneration, the source and end of life as we know it. It has been called ether in esoteric circles, Brahman in Eastern religions, or even God in our Western world. Humans have tried to reach even a brief moment of inner nothingness through meditation, yoga, alcohol, drugs, or sex, but our fascination with the void has also inspired new technologies and taken us far into outer space.

Void is the beginning and the end, but where do our voids linger today? Will our external and internal voids engorge us before we learn to make peace with them? In 2023, Aboagora will explore these questions and more in the final event of the five-year thematic plan.

Musashi often asked the reader, after providing his thoughts and instructions, to ‘investigate this thoroughly’. This is the quintessential aim of our five symposia. Each three-day Aboagora  event will be organised at the Sibelius Museum in Turku at the end of August.

The last day of this year's Aboagora started with an eloquent speech of Pauliina Feodoroff, an author, director, and a Sàmi activist. She talked about the structural colonialism and the land rights and the discussion in the end touched on the enormous changes in the environment we are going to face in the future. The lecture was titled:

"Skäädsual- Skää' dsuâl- What is the Birth Story of This Age/ What Form Can an Atonement Take".

The second day of this year's Aboagora began with a lecture by Tino Mager, a researcher specialized in heritage conservation and cultural heritage theory. Mager combined the philosophy of Miyamoto Musashi, the element of Earth with architectural viewpoints of permanence and innovations of digital time traveling. The lecture was titled "Earth: The Illusion of Permanence" and it is now available at Aboagora's YouTube channel! ... See MoreSee Less