Pre-Symposium for Doctoral Candidates and

The Earth – Planet Tellus, on which we live – is the centre of human life. For the Ancient Greeks, Gaia represented a personification of the Earth, the caring Mother who ended the primordial Chaos. Similar depictions of the Earth as a caring parent are found in numerous mythologies from around the world. Today our relationship to earth has renewed its relevance and urgence as exploitation, indifference and greed over past centuries have driven Gaia to the brink of collapse.

The element of Earth and human-earth interaction are dealt with in numerous scientific disciplines, e.g. biology, archaeology and geology and engaging fields such as eco-theology, environmental history, literature, geography and political sciences to illuminate the fundamental groundedness of humanity in soil and dust. Minerals, clay and soil are used as raw materials for artists in different fields, but the earth can also work as inspiration and a metaphor within the arts, a concrete evolutionary process – and as something that demands our care and indebtedness.

Aboagora invited doctoral candidates and art students to discuss and develop ideas about the earth – its past, present and future. What kinds of views are there in the history of the earth and between earth and humans? What are our hopes and dreams for the future of the earth – or our worst fears? How the anthropocene – in which we live – has come to this and where is it going? How is climate change affecting the earth and us humans and animals? And how do humans, especially youth, deal with climate anxiety – the incapacity and unwillingness of older generations to make changes or the sorrow of lost species, nature and way of living?

Aboagora – Between Arts and Sciences Pre-Symposium event combines presentation training, a lecture and discussion on ethics for artists and scientists, and a visualization workshop. The aim is to explore connections between the arts, sciences, and academic thinking, and to learn engaging ways to present scientific and artistic work and knowledge. The Pre-Symposium offers an exceptional opportunity to discuss and share ideas with artist and scientists from different fields and backgrounds and a prospect for new ideas and collaborations.

Participants will present their work in Aboagora Symposium on Thursday, August 22.

The Aboagora Pre-Symposium is a joint effort of Aboagora organizing committee, Arts Academy of Turku University of Applied Sciences, University of Turku Graduate School (UTUGS), Åbo Akademi University and Turku Institute for Advanced Studies (TIAS). In case of any questions pertaining to the Pre-Symposium, please do not hesitate to contact aboagora(at)utu.fi.

Xinquan Wen: How to transform the potential conflict relationships between minor food production constitutions into collaborative ones? 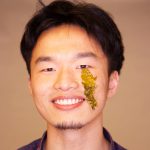 Xinquan Wen is a master student of Collaborative and Industrial Design at Aalto University, where Xinquan creates service and interaction design plus material exploration regarding nature, including food storage, insect observation and photosynthesis. At the same time, Xinquan is working as a design consultant at a vertical farming startup in Helsinki. Xinquan has a background in vehicle design and has worked as an interaction designer for two years in the transportation field. Xinquan enjoys yoga and reading.

Sonja Salomäki works and lives in Helsinki, Finland. She has been doing her doctoral studies at the University of Lapland since autumn 2017 but she also works with textile, visual and performance art, when possible. Salomäki received her MA at the University of Arts and Design, Textile Art Department, in Helsinki in 2006. Currently, Salomäki  is mainly working on the analysis of the climate art activism project “Climate channel”, which is  the practical part of her doctoral studies. 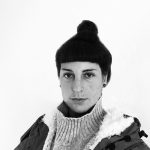 Alessa Brossmer, born in 1988 in Germany, has focused on medial versatile works at the intersection of architecture and research. Currently, she is conducting research in the field of Space Architecture and writing her Ph.D. about the greenhouse polar station EDEN ISS in Antarctica. In art, photographs function as her notes for three-dimensional works as casts, models or sound. Alessa Brossmer studied sculpting (metal) at Burg Giebichenstein University of Art and Design Halle (Germany) and applied culture and media studies at Merseburg University of Applied Sciences (Germany). Lately, she has presented her artistic work at exhibitions at Bauhaus Dessau, Germany, Palais Thurn and Taxis Bregenz, Austria, and at Herðubreið, Seyðisfjörður, Iceland, among others. 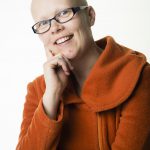 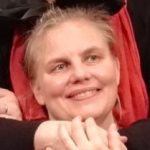 Tanja Parantainen is working as an applied theatre and playback theatre artist and as a theatre teacher at Helsinki-based Teatteri ILMI Ö, a pioneer of Finnish applied drama and theatre.

Lehtonen and Parantainen’s collaboration project, playback theatre as an arts-based approach for eco-anxiety research, is a part of Tanja’s master’s thesis for Turku University of Applied Sciences. Playback theatre groups Heräämö (Helsinki) and Raakku (Tampere) are also collaborating in this project.

Jimena Bigá: Collaborative efforts between audience and science. When the interpretation of the past can acquire signification through artistic expressions. 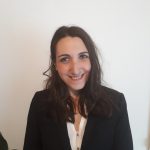 Jimena Bigá is an Argentinian archaeologist who recently completed her master´s degree in archaeology at the University of Helsinki. Her Master´s Thesis analysed the “community-based archaeology” and its possibilities of being developed and used in Finland. Her interest and research topic is about the democratisation of archaeology and the possibility of doing collaborative projects with indigenous and non-indigenous communities. At the moment, she is working on archaeological excavations as a research assistant and writing the research plan for her upcoming doctoral studies. 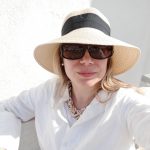 Kaisa Vaittinen’s interest in the Middle East and North Africa began as a child. Vaittinen loved to read and listen stories about ancient cultures and travel stories of more recent times. This love grew into academic interest, and she studied at the University of Helsinki, graduating with an M.A. in Old Testament Studies. Wanting to widen her perspective and turning to more modern times, Vaittinen began her studies at the University of Turku, where her major is Cultural History and she is working with travel writings and the personal experience of space, nature and local culture.

Laura Wickström:  Conceptual frameworks of Islamic perspectives on nature and the earth

Laura Wickström is a doctoral student at Åbo Akademi University. She holds a Master of Arts degree in comparative religion and currently specialises in Islam and ecology within the Department of Comparative Religion. She also has a master’s degree in public international law with a specialisation in human rights law. She worked as a research-coordinator at the Finnish Institute in the Middle East in Lebanon in 2015–2016. Her main research focus is to present Islamic perspectives on ecology and to explore how widespread these movements are, to examine the work they conduct and to find out who the central actors are.

Teemu Lehmusruusu (b. 1981, Helsinki) is a media and environmental artist whose works examine and test the basic conditions and causalities of life in our common environments. Lehmusruusu completed the Degree Programme in Photography at Aalto University and also studied at the Berlin University of the Arts (UdK) with Hito Steyerl. He is currently working on Trophic Verses, a four-year artistic exploration into and around the life of soil. 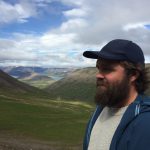 Soil, forming one fourth of Earth’s biodiversity, is in key role in the age of climate change. Its biochemical reactions, microbes, fungi and animals determine how oxygen, water, nutrients and organic matter move and affect the life on the ground. It is also vulnerable, and human action poses many challenges to its vitality. In science, phenomena of the soil are still largely unrevealed and not directly perceivable to the senses, making it a fitting and intriguing field for artistic imagination and conceptualisation. The fundamental intention is to explore our emotional connections with soil as a medium of existence. Trophic Verses is done in collaboration with the Baltic Sea Action Group and the Finnish Meteorological Institute. It is funded by Kone Foundation. The project manifests itself also as Lehmusruusu’s D.A. in artistic research at Aalto Arts. 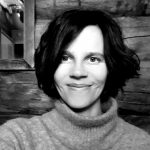 Kristiina Koskinen is a PhD candidate at the University of Lapland, Faculty of Art and Design. In her dissertation, she studies ideas of nature in wildlife films. Having a relatively long working history in the television industry, her perspective strives to remain connected with practical audiovisual work. With plants, animals and other non-human elements, her main interest lies in their subjectivity.

Siiri Pyykkönen is a first-year doctoral candidate in geography at the University of Turku. In her PhD research, she examines political processes that shape urban landscapes. She is connecting different theoretical ideas with case studies to study how landscape as property is seen in different urban structures. Her research connects the theories of legal, urban and political geographies. Pyykkönen is interested in relationships that develop ownership networks between local governments, stakeholders, laws, practices and inhabitants.

The last day of this year's Aboagora started with an eloquent speech of Pauliina Feodoroff, an author, director, and a Sàmi activist. She talked about the structural colonialism and the land rights and the discussion in the end touched on the enormous changes in the environment we are going to face in the future. The lecture was titled:

"Skäädsual- Skää' dsuâl- What is the Birth Story of This Age/ What Form Can an Atonement Take".

The second day of this year's Aboagora began with a lecture by Tino Mager, a researcher specialized in heritage conservation and cultural heritage theory. Mager combined the philosophy of Miyamoto Musashi, the element of Earth with architectural viewpoints of permanence and innovations of digital time traveling. The lecture was titled "Earth: The Illusion of Permanence" and it is now available at Aboagora's YouTube channel! ... See MoreSee Less