Aboagora 2013 , organised on August 13-15, discussed the complex relationships between man and machine. The human being itself can be viewed as a corporeal machine, an assemblage of forces, actions and mechanisms, from the optics of the eye to the processes of cognition. It is also possible to interpret the machine as an extension of human senses. The boundaries between man and machine can be blurred by using technological devices as integral parts of the human body. The theme “The Human Machine” can also pay attention to all practices that create humanness in a machine: How do we assume machines to feel and think? What kind of personal qualities do they have? Machines have also served as vehicles of human creativity, as tools but also as the expressions of abstract thought. Aboagora addressed this fascinating area, which has been a fertile ground for artistic and scientific exploration during recent decades. 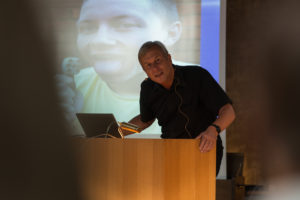 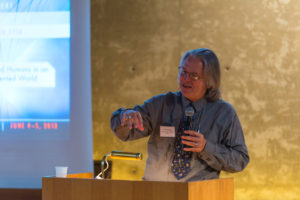 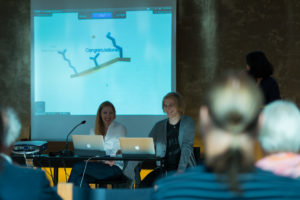 “Good Evening Ladies and Gentlemen and welcome to my performance. In order for it to work I will need you to imagine that I am Mercedes Gleitze: the first British woman to swim the English Channel. This I did in 1927 aged 26 and it took 15 hours and 15 minutes.”

The Art of Swimming

Written and performed by Lynda Radley
Directed by Tom Creed.
Music and sound by Michael John McCarthy
Filmed and edited by Jack Cocker

The Art of Swimming is an intimate and compelling solo performance about long-distance swimming, celebrity, storytelling, and time. A celebrated endurance swimmer in her day, Mercedes Gleitze set and broke many records, often years in advance of men in her field. Lynda Radley has found her in a faded photograph and been fascinated and frustrated ever since...

Originally conceived as a live theatre performance, this abridged digital version of The Art of Swimming has been created and filmed especially for Aboagora. It will be available on YouTube till the end of this year, so be sure to watch this compelling and intense performance already this weekend! ... See MoreSee Less

THE ART OF SWIMMING The Art of Swimming, written and performed by Lynda Radley Directed by Tom...
View on Facebook
·Share

In Aboagora 2020: Water, we were honored to have Marko Röhr, the renowned Finnish film producer, director, and writer, as one of our keynote speakers. The touching and beautiful AGORA lecture of Marko Röhr, titled

"The Eternal Circulation of Water. A Visual Journey into the Arctic Waters, Myths and Facts"

We are sorry about the technical problems with the recordings. This video starts a little late, but it is worth watching! Marko Röhr treated the audience with stories of the underwater world, clips from his nature documentaries, and sneak peeks of his new projects. The lecture was full of beauty and mythos of underwater nature! ... See MoreSee Less

AGORA Marko Röhr: The Eternal Circulation of Water. A Visual Journey into the Arctic Waters, Myths ...

The session focused on adaptive strategies for water heritage: water has served and sustained societies throughout the history of humankind. In this session, the audience got to know buildings and landscapes built for and/or because of water. We also saw a glimpse of the future: Hein and Bensi also reflected on how do we build better water systems for the future. ... See MoreSee Less

Did you participate in ABOAGORA: Water? We would l

ABOAGORA 2020: Water may be over, but there are st